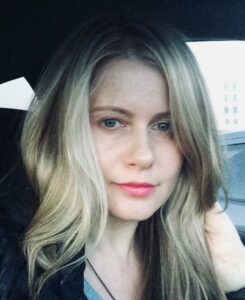 Viktoria Selivanova Pascador was born and raised on the Black Sea Coast in Kherson, Ukraine.

After completing her graduate studies in 2000, Viktoria moved to New York City where she studied at Manhattan’s Atelier Esthétique Institute of Esthetics.

After graduation, she worked as an Esthetician in one of NYC’s top day spas in Soho and earned her reputation as a caring skin care specialist who believes that all women deserve beautiful skin.

In 2012, Viktoria moved her practice to Plano in order to offer her fusion of Eastern European and American skin care treatments to the wonderful women of Plano, Frisco, Allen, McKinney and the rest of the Dallas-Fort Worth metropolitan area.